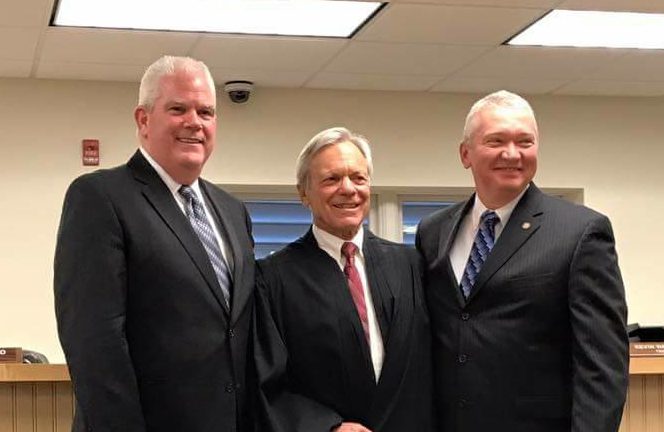 We support the following on our platform: Preservation of the character of your neighborhood; keeping taxes low; and keeping the community informed and involved. Each one of these issues is of utmost importance and focusing on them improves the quality of life for all Airmont residents.

Preserving the Character of the Community

Our primary concern is the preservation of our neighborhoods and securing the quality of life Airmont residents expect. This is accomplished through enforcement of our property maintenance and zoning codes. Philip Gigante has already demonstrated his dedication to preservation through:

Throughout his term, Mr. Gigante has kept Village tax increases at a minimum during a time when residents were seeing substantial increases from the Town of Ramapo and Rockland County. For the 2013 and 2015 budgets, the tax increase was below the New York State tax cap. In fact, Philip Gigante’s efforts brought the tax increase in 2015 to a mere 0.69% increase. The 2014 budget increase was initially 0.56%, but seeing the need for the Village to tend to its deteriorating roads, a nominal amount of money was added to the road maintenance and drainage accounts. The Village residents have seen the concrete results of the increased paving efforts. Regina Rd, Smith Hill Rd, Stillo Dr., Lorna Lane, and Twin Lakes Dr. have all been repaved through Mr. Gigante’s efforts. In fact, the Village is almost on track to replace all of its roads in 20 years if we stick to his current program. Preserve Airmont is dedicated to keep taxes low, continue with the road replacement program, and increase the efficiency in which the Village spends money.

After he was elected in 2013, Philip Gigante thought to use social media as a way to increase communication with the residents. (check out his page at https://www.facebook.com/philip.gigante.5) He set up a site to communicate with the residents and for the Airmont committees to ‘meet’ and discuss important issues. With his twice a month meeting updates and numerous important posts, Mr. Gigante has kept the residents more informed than they have ever been before. The Preserve Airmont party is dedicated to carrying on this novel practice. They will continue to post the preliminary budgets, proposed legislation, and any other important pieces of information for the residents to discuss.

There are no upcoming events at this time.

Village of Airmont 2020 Budget – Adopted As a reminder, the budget process begins with the Mayor,

If you would like to help Preserve Airmont, there is a lot you can do; from helping with petition sheets to mailings to phone banks. Please contact us at mayorgigante@preserveairmont.org. We appreciate all the help!

If you would like to help with getting signatures, please please print out the form and see if you can get signatures from your neighbors and friends that support the Preserve Airmont campaign. When you are finished, we would be happy to pick it up from you.

Click on the blue “Donate” button at the top of the home page to help support the 2019 Preserve Airmont Candidates. Every bit will help….Thank you for your support.

Mail or deliver a completed application absentee-ballot to the Clerk of the Village of Airmont no later than March 12th, 2019.